All photos in this article by Potsiso Phasha

In the 1880s, the discovery of gold in the Witwatersrand region west of Johannesburg laid the basis for what is today a region of inter-connected towns and cities that houses almost 13 million people and contributes one third of the national GDP.

Soil and ore were brought to the surface, crushed, and searched for gold, and the residue was discarded onto dumps that gradually became permanent features of the landscape. More than 250 such mine tailings now cover an area of more than 44,000 hectares. 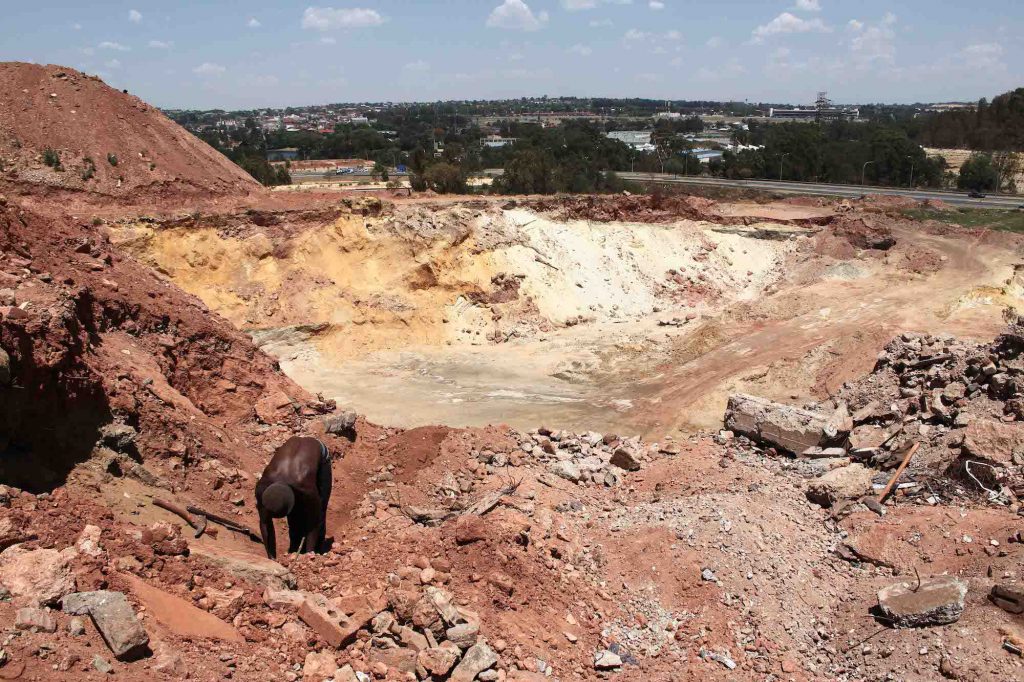 But with advances in mining technologies and increasing gold prices, they have become sites of economic activity once again. The reworking, in which mining machinery reshuffles the mine dumps, has resulted in an unusual scavenger sub-economy. Every day from dawn to very late in the evening, groups consisting only of men intensively and illicitly work the polluted soil of these pale landscapes in search of scrap metals. 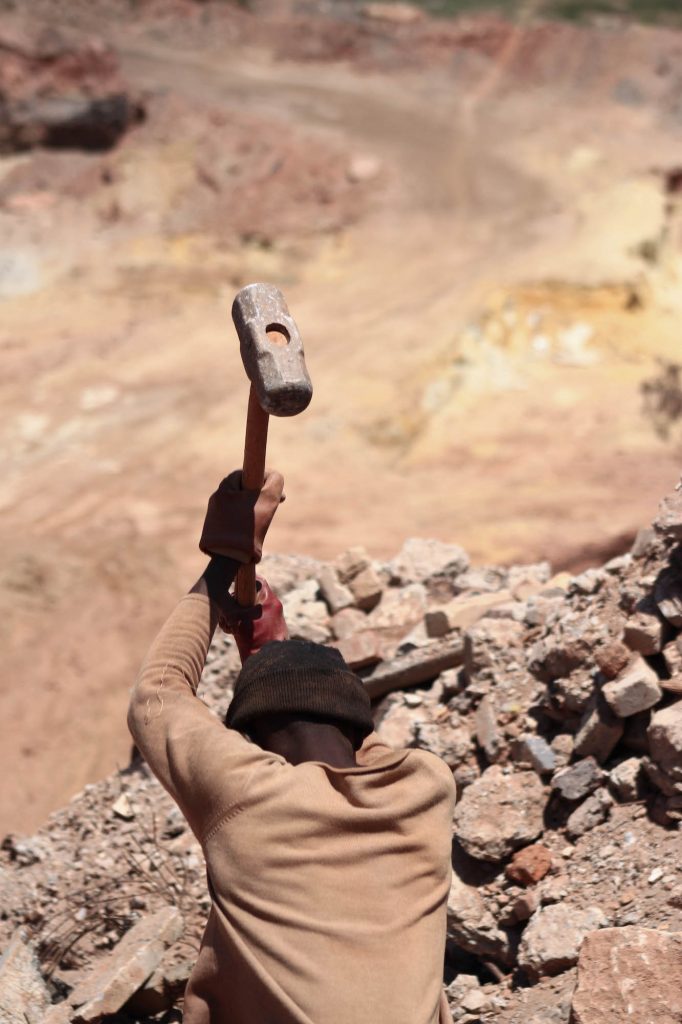 Most of the men on the mine dumps are Zimbabweans. “South Africans do not like these kinds of jobs because they are laborious”, says one worker. “You have to work very hard. They prefer better jobs, white collar jobs at the office. Because they have an ID they can access more things like applying for loans. I have to save and take everything back to Zimbabwe. Every time I go home, I take everything I own. When I come back I start from scratch.” 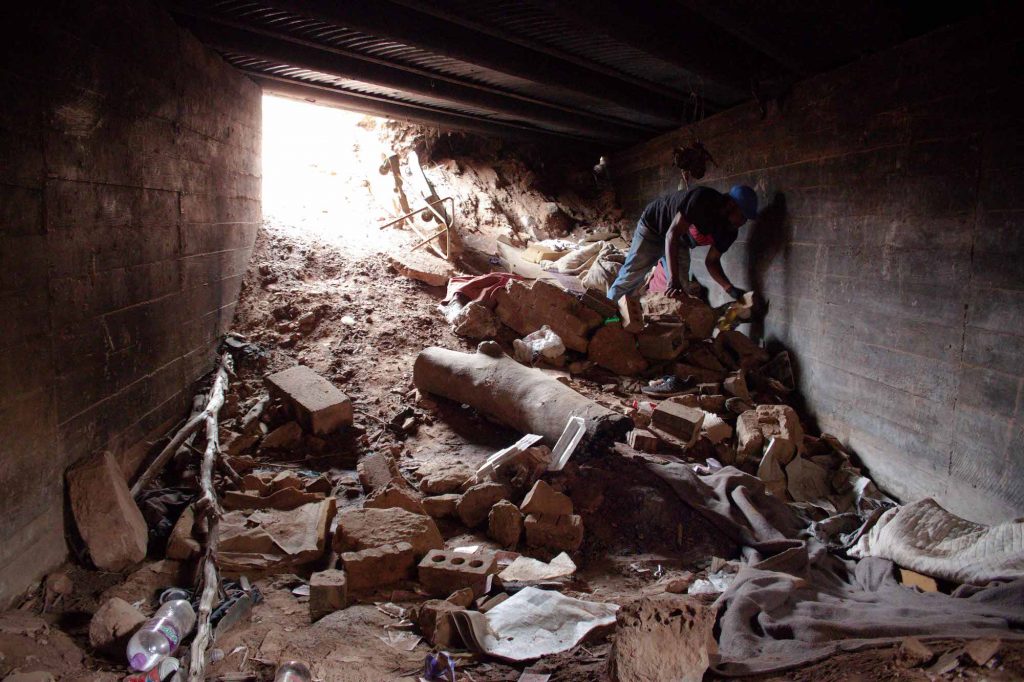 To some of the men, the mine dump has become more than a place of extraction. It is their home. They pay no rent, and they can work for much longer hours. At the Booysens mine dump, a tunnel has been converted into a shelter. “One guy discovered it. It was a small hole and he started to dig that hole more to see what was inside it. He found there was drums, steel drums, about maybe 80 of them. He did not tell anyone. Every day he would come here, take a few drums and go sell them at the scrap yard. He didn’t have to dig anymore. The other guys started to wonder what was happening and where this guy was getting the drums, because he would take like three each day, and in 30 minutes he was gone, gone home. So they followed him and found the drums. From then everyone began to take them and sell as well. And now it’s a place where people sleep”, says one worker.  About eight people sleep there every night. 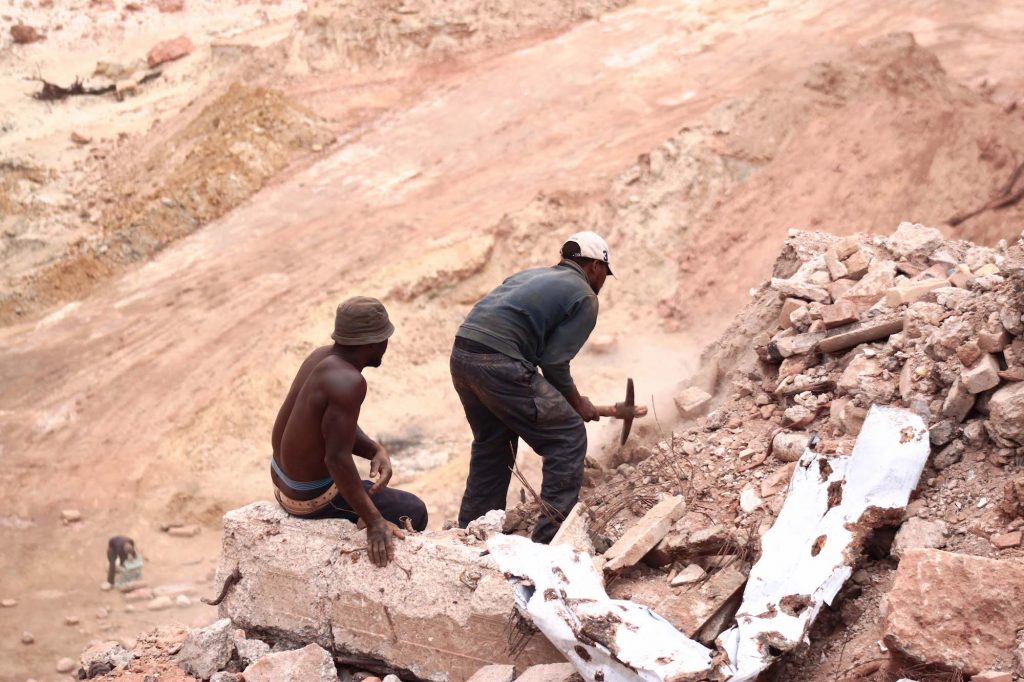 But the diggers aren’t the only group of men working on the mine dump. One gang follows the heavy machinery as it moves around the dump and claims ownership over everything that the machine unearths. The gang comprises about 20 men, who are feared for not hesitating to deploy violence. When very little steel is brought to the surface, the gang is also known to rob the other men of the scrap metals they have found. A criminal economy thus feeds off the illegal scavenger economy.

The nearby Booysens site borders a municipal waste dump. There, another group of men scavenge for recyclables such as plastic and glass. They, too, are known to use violence to defend their claim against intruders: To them, garbage is money. While some informal economies gel with ease, others within the same informal economic space are strongly repellant to each other due to the struggle to maximize waste, or money, at the end of the day.

At the end of the day, the men make a quick cell phone call to their scrap yard owner and within 10 minutes his truck stops beside the mine dump. The metals are weighed and the men paid immediately. Immediate access to cash means they are able to attend to daily bills for necessities like food.

In order to remain competitive and to secure clients, the scrapyard owner says he sometimes organizes braais [grill] for the men, and every day he provides soap and water for them to wash their hands.. He must show his appreciation to the scavengers: There are many other scrap yards, and he could easily lose the workers as his clients.

This is especially true when the nightly trading process does not run smoothly. Tensions often emerge between the buyer and seller, who both try to maximize gains. The seller sometimes has not cleaned the steel properly—it is still covered with other solids, or the copper wires are still covered with plastic. He may try to add additional weight to his metals, but the buyer then offers a lower price. 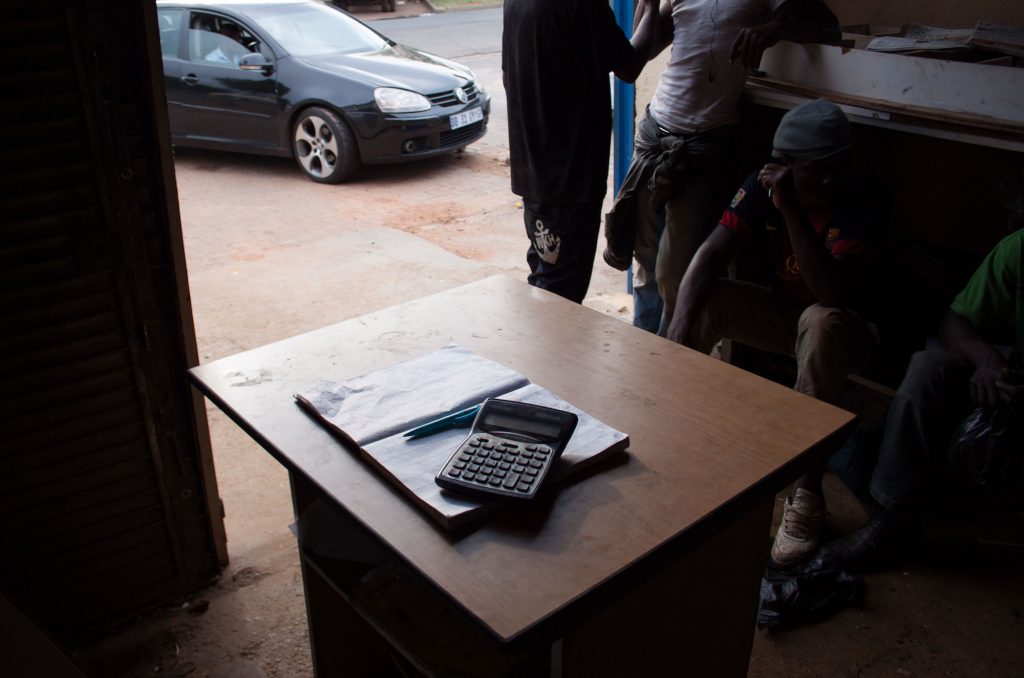 At the end, an agreement is reached and final payouts are calculated. The calculator is a powerful symbol because it introduces formal order into this scavenger economy. From sunrise to sunset there are no formal rules—although there are many hidden social codes and boundaries—that govern the way scrap metals are extracted from the earth. The calculator stands as a tool of governance, an important link between the formal and informal economies. It subjects the men to another world of rules and logic, to a numerical system that makes the thrown-away metal fragments materially significant. From this point on, the metals make their way into the formal economy.

END_OF_DOCUMENT_TOKEN_TO_BE_REPLACED

Released on October 1st, this is the inaugural issue of the relaunch of the Berkeley Journal of Sociology.