In 2015, Berkeley found itself under investigation by the Department of Education’s Office for Civil Rights for potentially mishandling sexual violence investigations. In the past six months, a slew of sexual harassment charges further weakened students’ faith in their administration. Two prominent members of the faculty – Professor of Astronomy Geoffrey Marcy and Law School Dean Sujit Choudhry – were forced to resign after being found guilty of violating university policy. Yet in each case, university investigators had initially declined to discipline the faculty members beyond “establishing a zero tolerance policy regarding future behavior” and instituting a pay reduction. Their resignations came only when student protests and media attention spiked.

Currently, UC Berkeley has 26 open investigations into sexual misconduct – more than three times the number of investigations as UC Davis –, and new cases are still being filed.

On April 11, 2016, students gathered to protest the university administration’s handling of those investigations. 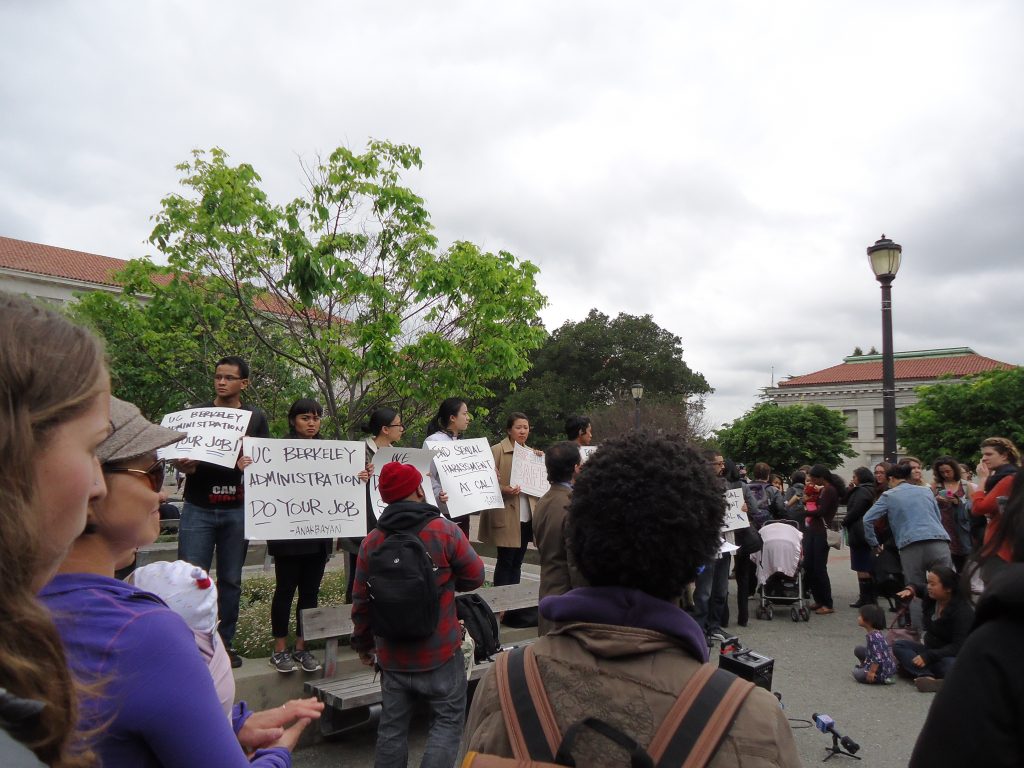 The protest began with a press conference by several survivors on campus: Tyann Sorrell, Kathleen Gutierrez and Erin Bennett. Kathleen and Erin filed a discrimination complaint against professor Blake Wentworth on Monday for making inappropriate remarks and gestures; Tyrann filed hers in early March after university administrators declined to appropriately discipline Dean Choudhry. 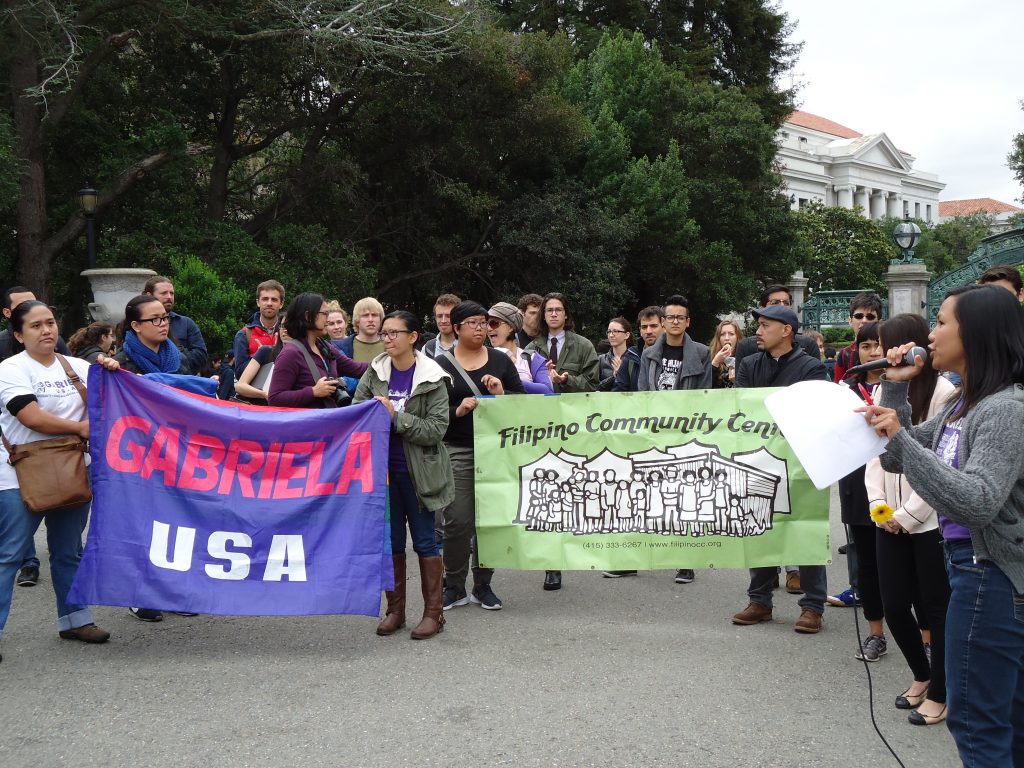 More than 150 people from 10 different campus and community groups attended the protest, including members of UAW Local 2865, the Union that represents Academic Student Employees, and the Filipino women’s alliance, Gabriella USA. 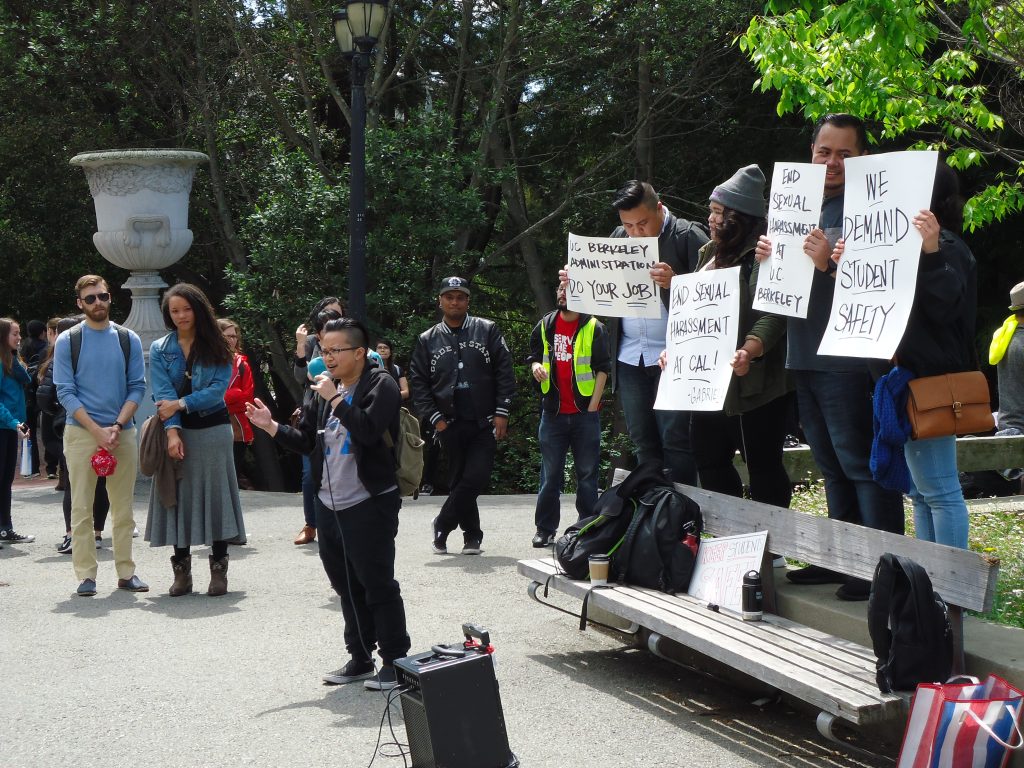 A Public Records Act request from The San Francisco Chronicle brought to light 19 cases of sexual harassment cases in the past few years, most of which the University has neglected to address in the timeline of 60 days that is institutionally set in its own system. 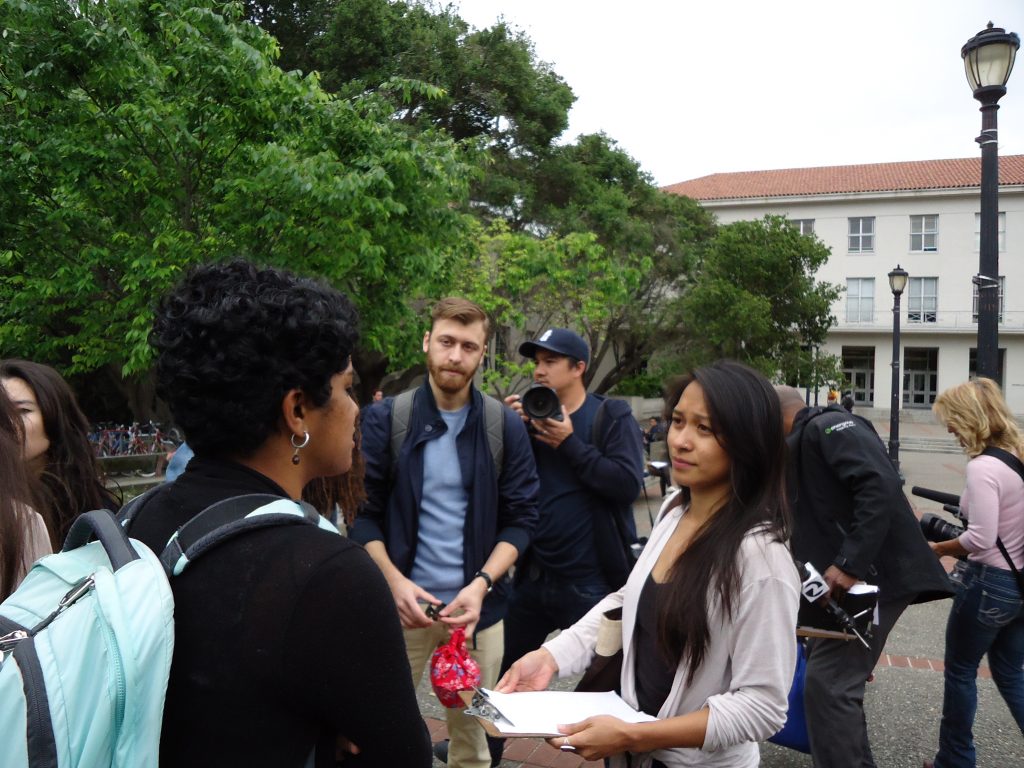 In the case of Kathleen and Erin, for example, their concerns have been put on hold for an entire year. “It is simply inexcusable that the process should take so long,” Tyann laments.  Kathleen agrees: “The university process needs to be more amenable to survivors.”

“We owe a huge debt to the media and news outlets in this process,” Tyann adds.  She recalls all the journalist activism that has gone into supporting their cases, and she believes the headway made with university administration is largely thanks to the attention the media has been able to draw to the cases and the university’s handling of them. 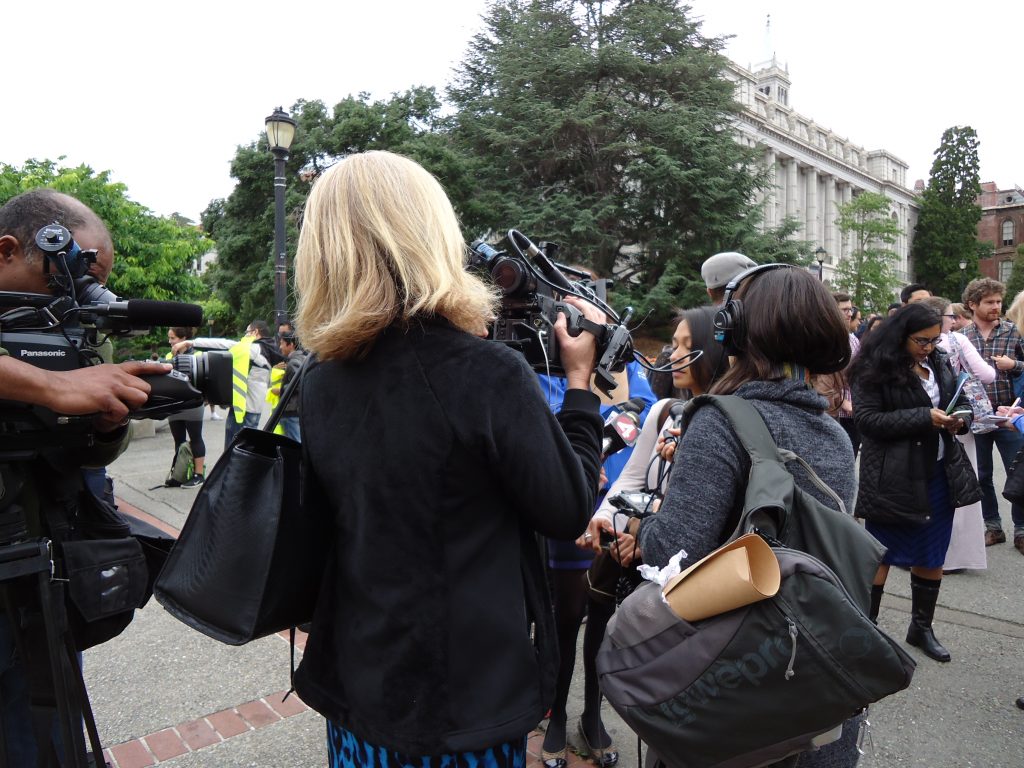 “I’m exhausted,” says Kathleen, “but I know, I know something good is going to come out of all this and our gathering together.” After the press conference, Kathleen enters Dwinelle Hall to attend a meeting with her department to discuss sexual harassment on campus. 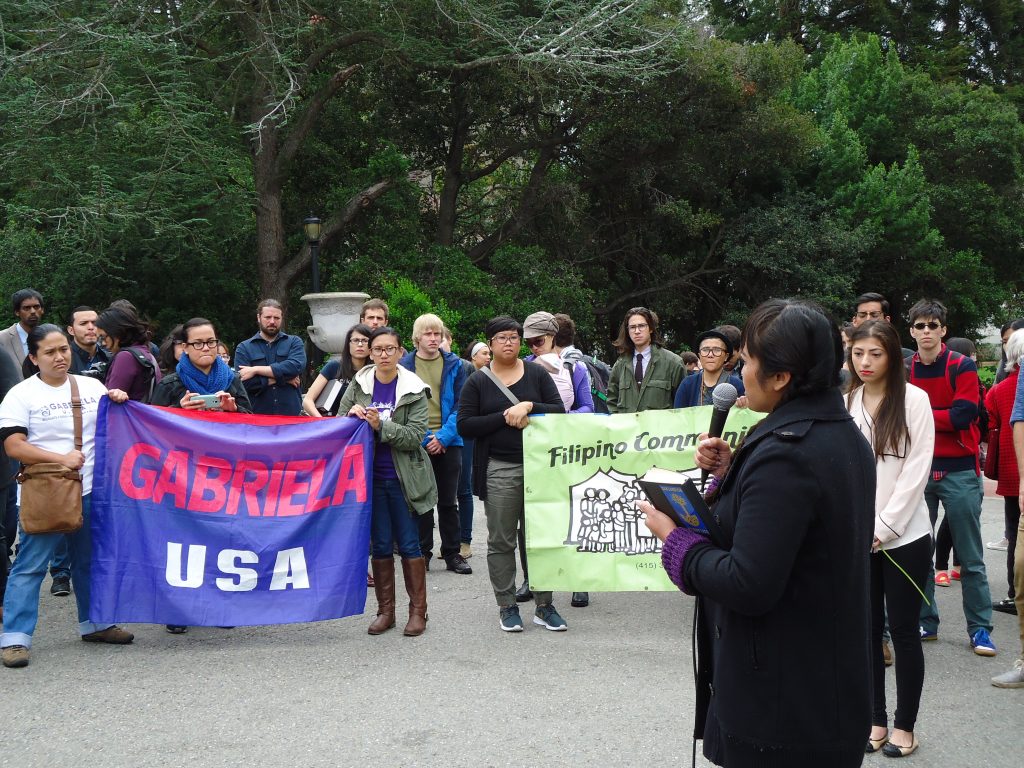 Survivors of sexual violence from outside the University also share their experiences, joining the rally to stand in solidarity with those currently fighting for a resolution to their cases. Reading a poem she authored to process her own experiences, one young woman begins to cry as she tells the crowd about her “predator in disguise as mentor and friend,” and how only after a long process and moving away was she able to be free from being emotionally attached to him.

“I have felt the impact of sexual violence,” she says in commiseration with UC Berkeley survivors.  “And I know that impact lasts for years, even without the added weight of waiting for a resolution” from the institution! 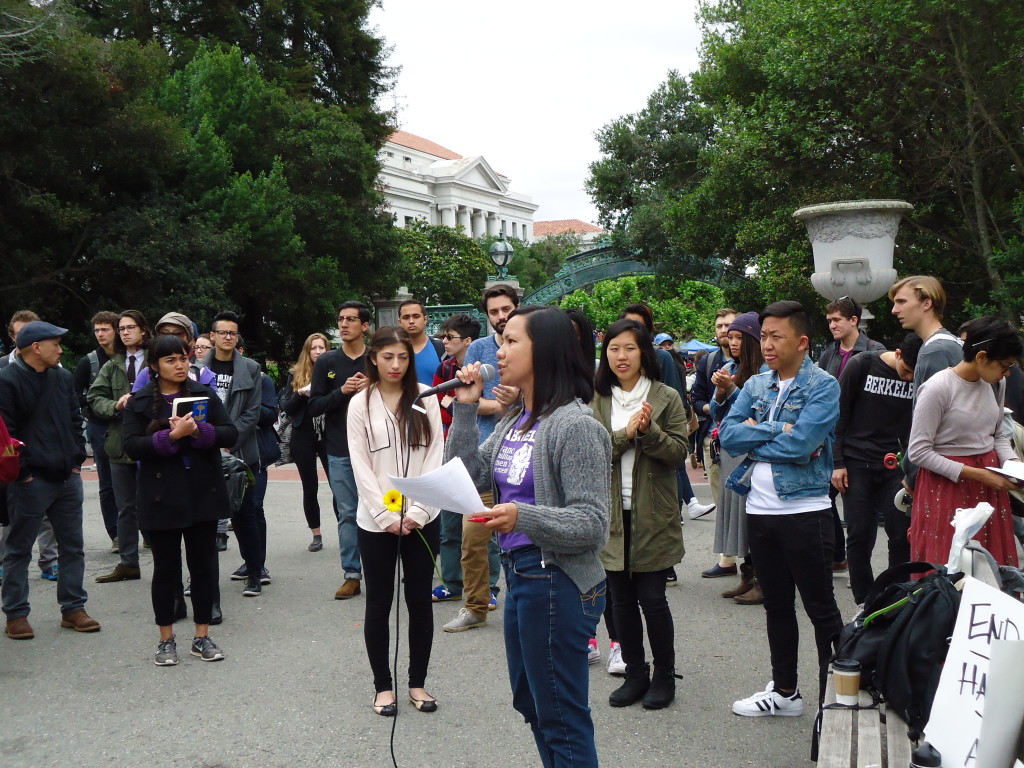 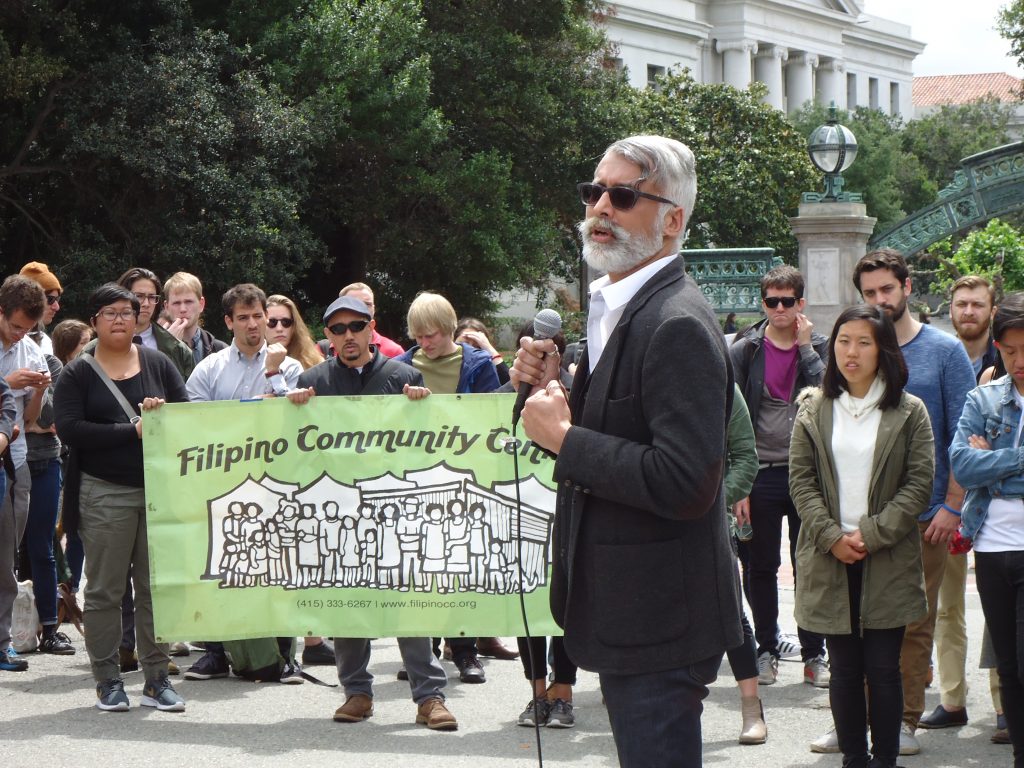 This is not just a student demonstration – besides community and alumni support, several faculty join the proceedings and even speak to the crowd.  “There are many faculty who are appalled, even aghast at how the University has handled this,” says Harsha Ram, an Associate Professor in the Department of Comparative Literature. “So we as faculty want to say: we believe you, Erin and Kathleen, and any other survivors here.”

And a survivor standing by whispered, “thank you.”

Elsewhere, speaking to the Guardian, professors Michael Burawoy (Sociology) and Leslie Salzinger (Gender and Women’s Studies) comment on the disturbing power dynamic of the investigations and disciplinary practices: Tenured faculty consistently receive less strict punishment regardless of the degree of harassment or violations. 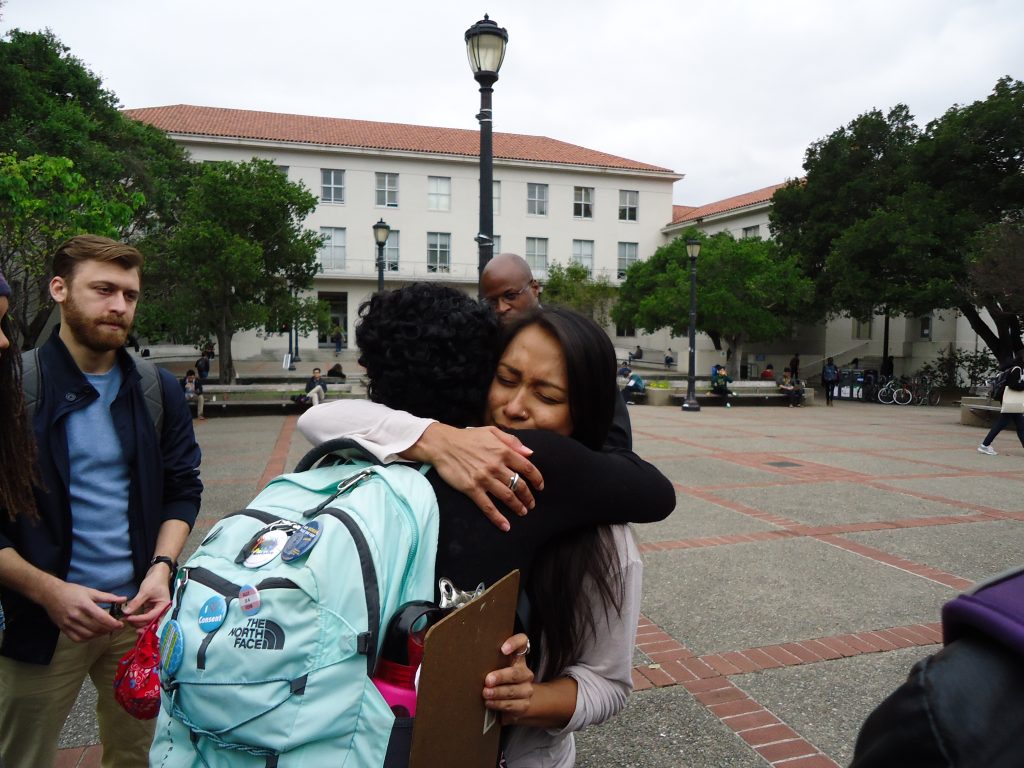 “If you don’t believe their words, believe the tears that are welling in their eyes,” Ram continues as friends of the survivors gather around them. 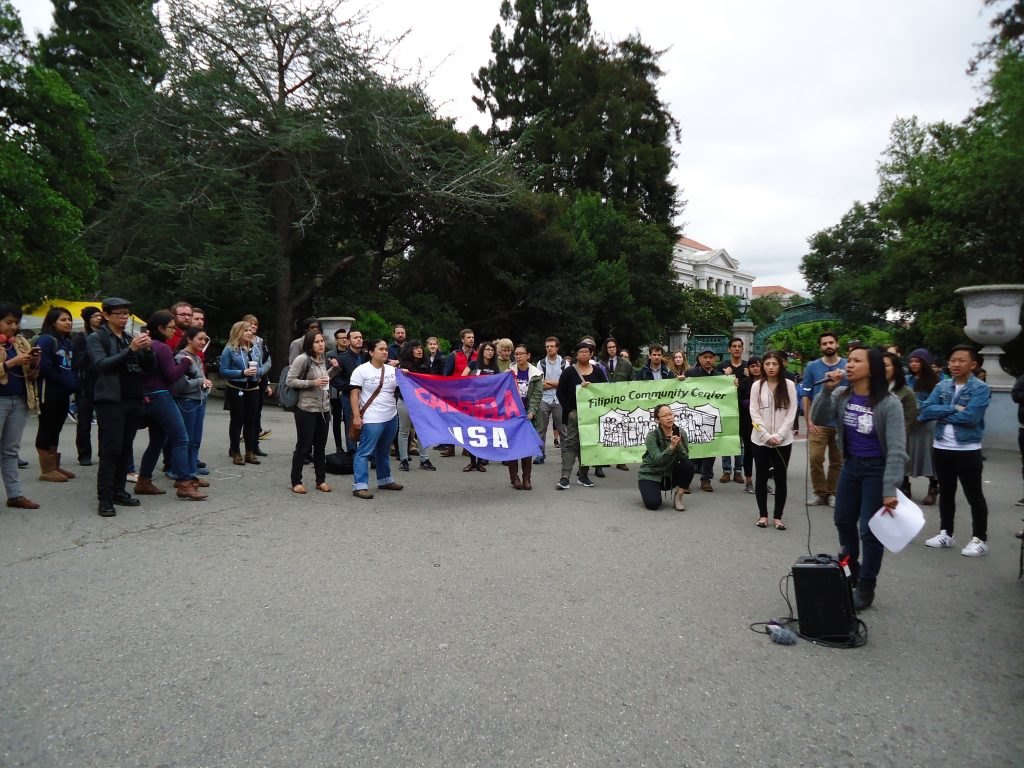 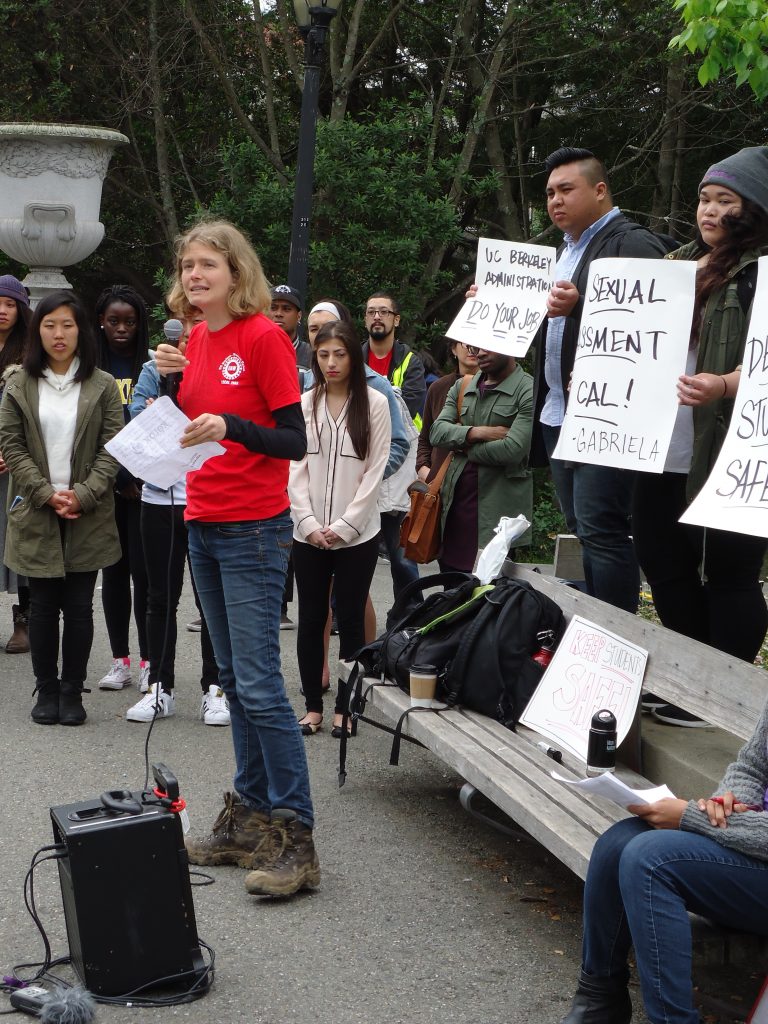 Long before the scandals made national news, students had been asking to be involved in the process of reforming the university process of investigating sexual harassment cases.  “And we have been met with a brick wall,” one of the students says. “How many more rallies must we hold?  How many more demonstrations must students attend?” 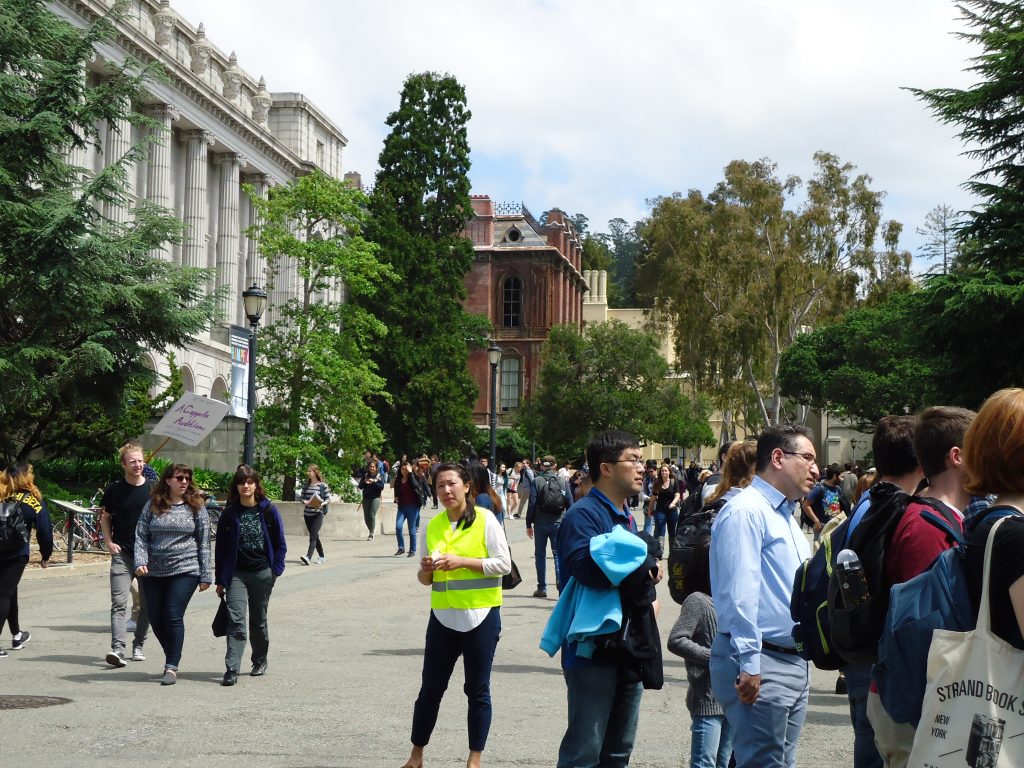 What is systematic in these tragedies and has impacted all the cases here is the immunity for perpetrators, an anonymous faculty member tells the BJS.  All these cases may be just random and unscrupulous individuals, but when they are not properly sanctioned or reprimanded, that encourages them to continue, thinking they will not suffer any consequences.

Erin argues that correcting the investigation and discipline process at UC Berkeley is going to be part of preventing sexual harassment from occurring in the first place.  She believes that for some professors, the culture of male faculty marrying their female graduate students is not far removed – such as for the professor whose actions forced her to take a medical leave of absence this academic year.

Elaine Villasper-Dizon from Gabriella calls on all students at Berkeley to “wake up!” and see the struggles that their fellow students were going through.  If we are to make a difference, she declares, students must stand together.  “Together, we will shake the white walls of Dwinelle Hall, just as the blacks did in the Civil Rights movement decades ago!” she shouts over the cheers of the students.